Fed to lift rates by 75 basis points in July

Fed to lift rates by 75 basis points in July.  The Federal Reserve will deliver another 75-basis-point interest rate hike in July, followed by a half-percentage-point rise in September, and won’t scale back to quarter-percentage-point moves until November at the earliest, according to economists polled by Reuters.

Last week the Fed hiked the federal funds rate by three-quarters of a percentage point, its largest rate increase since 1994, after official data just a few days earlier showed inflation unexpectedly rose despite expectations it had peaked. 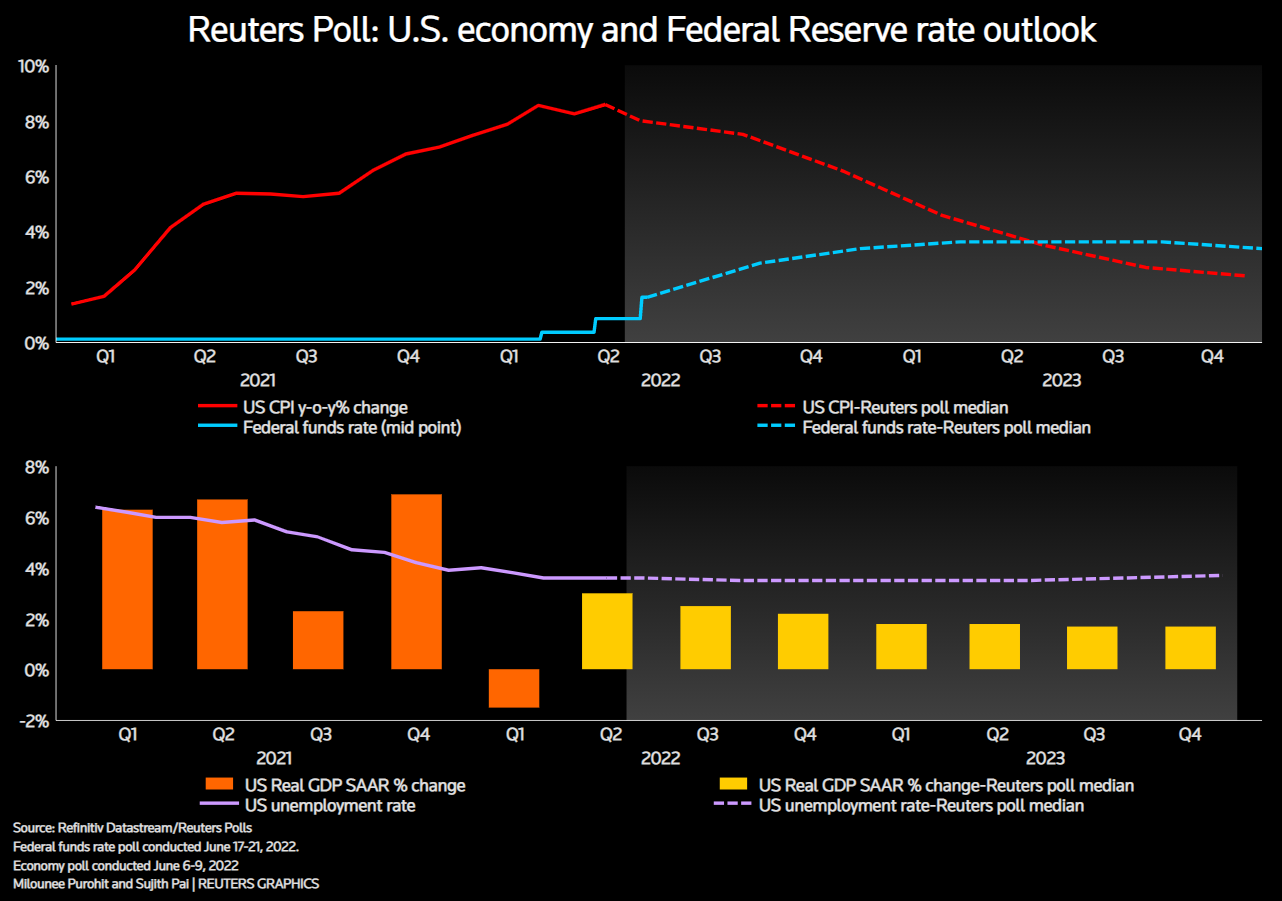 The latest poll results, released on Wednesday before Fed Chair Jerome Powell was due to appear before the Senate Banking Committee as part of his twice-yearly monetary policy testimony to Congress, show momentum is still behind the U.S. central bank doing more, not less, despite rising recession concerns and a steep sell-off in financial markets. Bond yields are up sharply and major Wall Street equity indexes are already trading in a bear market, defined as 20% down from their peak.