Bitcoin Prediction 2022 Update | The Withdrawal Symptom — March 2022 Update from Trading Cocktail. This is the update from our the early January 2022 prediction which is proved to be a half way correct one so far. We try to put our fundamental compilation and predict where bitcoin will be headed next.

We are adding several core fundamental point to this Bitcoin Prediction 2022 Update :

These main theme changes will have a significant impact on asset classes. Including Bitcoin, which is one of the top asset class performances back in 2021. For now it save to call bitcoin as overvalued risk asset, a.k.a speculative game asset as it failed to claim the thrown as ‘inflation hedge’, ‘store of value’, ‘digital gold’ and all those overrated maximalist saying.

As the world now struggles with high overburning inflation, The effort to fight it is not as hard as it has to be. Most central banks’ stance currently stays in “behind the curve mode” as they are now not data dependent as they claim, but rather choose to believe in magic. According to their most recent comments, ECB President Lagarde and Fed Chairman Jerome Powell both believe that inflation will return to normal levels in the near term. That is, they will allow inflation to continue as long as they can use the Ukraine war as an excuse not to be more aggressive in combating inflation. There is some utility in this kind of communication, which is to save the market from an extreme sell-off.

Is it good for risky assets? Of course not. They will continue to use the hard brake for money printing. It’s just not as hard as it needs to be. They knew it and that it would only balloon the problem later. Looking at all the great economic data from jobs, wages, and the post-pandemic surge in the economy, there is a strong possibility that the CBs will become more aggressive or hawkish. St. Louis Fed President Bullard is even giving a very aggressive and hawkish statement on the St. Louis Federal Reserve publication. One of the highlights is: “In my view, raising the target range to 0.50% to 0.75% and implementing a plan for reducing the size of the Fed’s balance sheet would have been more appropriate actions.”

Powell also explicitly said the Fed would raise rates faster if necessary. At the moment, the Fed is facing two choices: meeting its inflation target by causing a recession, or letting high and potentially unstable inflation last well into 2023.

So Bitcoin will be suffer more as Big bois/whales reluctant to put money in this speculative asset. All the irrational moon bois bullish narrative will fade after the reality struck. And everybody will realize this is just another pump and dump overprice risk asset game. This is why we put ‘Withdrawal Symptom’ as tittle, which mean this junkie asset classes will start to feel the pain as the ‘easy money’ drug reduced. Will it survive in longer term like 5 or 10 years? maybe, time will tell.

The end of pandemic fear

Yes, the fear is gone. This is bullish for the economy and is also connected to inflation. There’s a surge of cases in China and WHO’s claim that the pandemic is far from over.  And we are definitely still in the middle of one is nothing but noise as there’s no print on the economic stats reflecting the effect of it. For now, it is insignificant. Countries and people will also be reluctant to have restrictions.

Everything, including the price of energy, is rising as a result of the war. All of a sudden, regulators started to care more about crypto. Why? Because the West wants its sanctions to work against oligarchs and crazy rich Russians. Bitcoin could act as a pocket Swiss bank for everybody, including for transferring wealth, money laundering, and avoiding sanctions. Dont forget that miners will find it hard to be profitable mining the BTC with all this skyrocket energy price.

Not only that, as we see more and more central banks in progress for adopting CDBC, when they launch it, that will be the time they put regulatory pressures on crypto. There’s no status quo will voluntarily give their power away. One of the example is what we got couple of weeks ago, when Bitcoin ATMs Banned in U.K. as CBDC Job Ads Go Live.

I am making $92 an hour working from home. i was greatly surprised at the same time as my neighbour advised me she changed into averaging $ninety five however I see the way it works now. I experience mass freedom now that I’m my non-public boss.
That is what I do… http://www.Jobs234.com 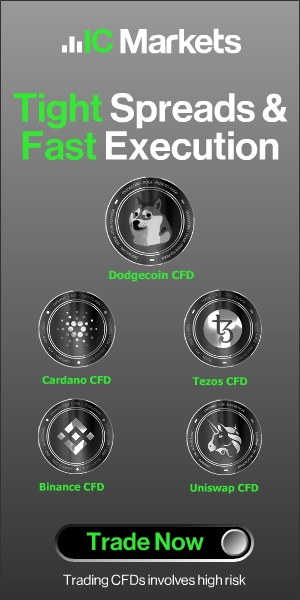